7 myths about the Internet of Things 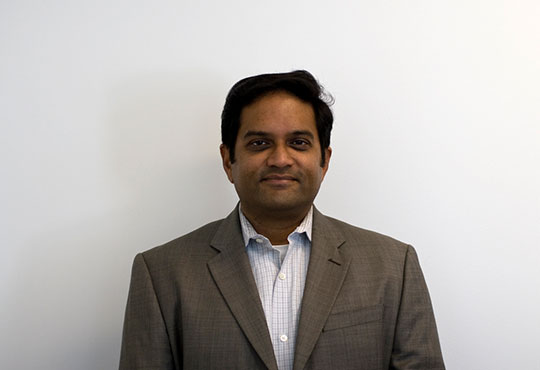 Trends emerge on a constant basis in the technology world, but few have been as universally effective as the Internet of Things. This buzzword has been making a name for itself as businesses consider what the IoT means for their QA team management and how they'll leverage it to improve their operations.

However, much about the IoT and IoT testingis still in flux, and some concepts have not yet been put into practice. This type of gray area has led to the spread of numerous rumors that are keeping organizations in the dark. There are seven main myths about the IoT that should be dispelled in order for companies to feel more comfortable with the IoT and know what to expect as they adopt the trend into their workflows:

1. IoT is coming over the horizon

The IoT has been talked about as a trend that is coming in the near future, but the fact is that it's already here! It's not looming over the horizon – sensors have been imbedded in devices for years now, and objects are constantly being added to the IoT portfolio. Datafloq contributor Ahmed Banafa noted that networking communications and sensors are currently seeing widespread use. The IoT just brings a service infrastructure that allows Internet-enabled devices to connect and relay information.

Need more evidence that the IoT is here? The standard car has calling, GPS and music streaming capabilities all built-in, making the automobile a part of the IoT. Fridges, coffee-makers and other objects are increasingly Internet-enabled and come preloaded with applications and other functions to add to the user experience. While businesses may like to take their sweet time waiting for the IoT to hit their industry, the fact is, it likely already has, and now is the best time to start utilizing it to its fullest potential.

2. All devices will/won't work together

This myth is a bit complex because there are currently no set standards to govern how IoT devices communicate, but there are some in the works. As Electronic Design noted, you can expect devices from the same vendor to operate together, but there will be some early issues regarding how connections extend beyond this relationship. If objects from different makers try to relay information, will they be able to do so? The answer seems to be yes, as more standards are put into place for interoperability among billions of connected devices.

Possibly one of the scariest myths of IoT is that businesses simply won't be able to secure themselves or the applications for these diverse devices. While the objects no doubt will experience protection issues early on (hacking into cars to mess with their controls, gaining access to baby monitors and smart home systems, etc) that doesn't mean that these problems will persist. It will take some time to develop security protocols, but as Electronic Design contributor William Wong noted, the State of IoT Security is one of the most talked about for emerging IoT standards. By looking into upcoming security solutions and using effective defect management, organizations can ensure their apps and platforms are safe.

4. Data will be unmanageable

With all of the devices and sensors connected to the IoT, there will be a vast amount of data generated on a daily basis. It should come as no surprise that many teams think that they will never be able to handle all of this information. However, analytics solutions are drastically improving in response to this growing demand. It's also important to note that not all data from the IoT needs to be communicated or parsed through. By taking the most valuable parts, organizations will be able to easily manage IoT information and use insights to improve operations and services.

Many businesses believe that they must become software companies in order to utilize and support the IoT, but this is not entirely true. In fact, it's more likely that companies will offer Software-as-a-Service capabilities in order to keep up with demands and ensure that applications are meeting user needs. Network World contributor Paddy Srinivasan noted that the SaaS designation means that businesses will focus more on security, uptime, customer support and how to deliver their services more effectively. This can push organizations past just being another software company to make them a reliable partner and an enabler for company goals.

One of the things people care about more than security is their own privacy. As noted earlier, with the vulnerabilities that exist in some objects like baby monitors, users are still afraid that attackers can catch them at their most private moments. Smart lock systems in houses can also be circumvented, placing a person at harm for anyone looking to break in. The IoT portal noted that privacy infrastructure standards like VPN and DNS can extend to the IoT and help allay people's concerns that their lives and businesses are at stake. Many IoT providers are working with their customers to ensure any questions are answered and that concerns are addressed in the best way possible to deliver a safe and enjoyable experience.

7. IoT is not achievable for startups

There are often lines drawn when considering what startups and SMBs can do compared to their larger enterprise brethren. However, IoT doesn't have to be one of these trends that is exclusive to big businesses. The IoT Portal noted that the cost of IoT solutions is often less than expected due to decreasing hardware expenses and the advent of open source standards. These items can help startups and smaller organizations feel more comfortable about pursuing the IoT and exploring new ways to put the trend to use.

The IoT is a concept that is expected to stay around for a long time. It's not merely a piece of technology or hardware that you can install; it's a culture and process change that will shape how devices work and communicate for the foreseeable future. To make the most of the IoT, organizations should pay attention to these myths and feel confident that they have the knowledge required to put their best foot forward