IoT - Internet of Things Much more than interconnected devices 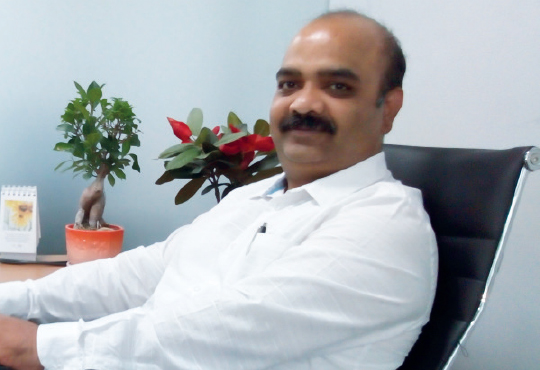 We have all been given to think that IoT or Internet of Things is all about ma­chines or devices which are communicating with each other over Internet. Howev­er, IoT is far bigger than just communication. It is the use of instrumentation technolo­gy in combination with pre­dictive abilities at device level and then throwing back the information for further analy­sis and taking next level of de­cisions, which makes IoT one of the biggest game changers in today’s age.

The words from author William Gibson: “The fu­ture is already here – It’s just not evenly distributed”, seem to hold true for this particular point in time for IoT technology.

There are numerous in­dustries which have started adopting IoT for optimizing their costs and extending to newer opportunities. How­ever, there are few leaders in these industries who have ac­tually taken the step, but the use case is so strong that the others will soon follow suite as pre­dicted by most research firms.

Across Industries the opportu­nities to leverage IoT are vast and possibly every industry has a busi­ness case for it.

The section to follow enlists the use cases across some of the indus­tries where IoT has been adopted thus far.

IoT has induced the next In­dustrial revolution known as Industry 4.0. The sensors installed at different stages of assembly lines measure, optimize and report the status of production in real-time to supervisors and top management sitting miles away from the shop-floor to take corrective measures. The data also helps in preventing any downtime in production line by providing the data for preven­tive maintenance of equipment in production lines.

The utility companies across the world have started adopting IoT for Smart-Metering, wherein the need for physical meter reading for utilities has been taken away.

The data for preventive and re­active maintenance of distribution equipment like substations, distri­bution lines etc. like the equipment noise levels, output degradation or failure is being collected in real time and the service levels are being im­proved for end customers.

Logistics companies have been us­ing IoT based devices since a long time now. In combination with Geo-location and multiple sensors, the logistics companies have opti­mized their vehicles’ routes, moni­tored fuel consumption, performed preventive maintenance of their vehicles, monitored and rewarded drivers with good driving behav­ior and have automated Vendor Invoice verification through E-Log books thereby achieving significant cost savings.

The entertainment industry has been quick to innovate and adopt new technologies and has not been behind in adopting IoT. Smart TVs, Mobiles, Tablets have lever­aged IoT to stream data from and to the internet. Media and Enter­tainment have been the biggest contrib­utor to the volume of content consumed/ produced by IoT devices.

Internet enabled cameras like the Drone mounted ones have made it pos­sible to record live events and broadcast in real time over the internet.

While IoT is steadily getting adopted across industries, there are a few risks and challenges which need to be addressed with time and are enlisted below:

1. Lack of standardization: Though efforts are being made towards design­ing lightweight protocols that can work on low power networks that are typically used for IoT; there are few manufactures who have adopted these protocols. This leads to the challenges of allowing the devices from different manufactures to communicate with each other as a first problem. Secondly, there is a very high risk since in many of the IoT devices, the data transmission is not secured and there are sub-optimal authentication techniques in use to identify the commu­nicating device.

2. Network Reliability: Though most devices come with an offline data storage capability, the delay in transmitting the data due to unavailability of network is a big challenge for real-time communication.

IoT is certainly a game changer. Though it is at an initial adoption stage, it has a huge potential across all businesses. Leverage it for your business now, but do remember to understand and address the constraints that exist today.