IoT - Initiating the Next Industrial Revolution 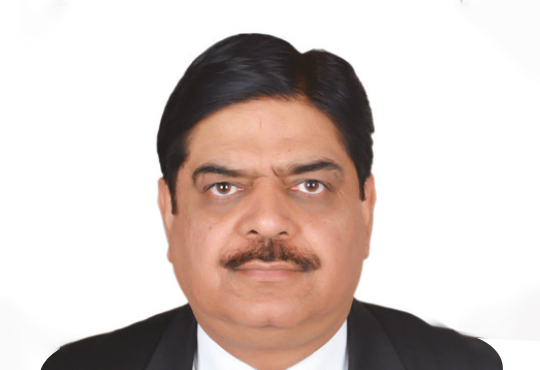 IoT is fast emerging as the latest buzzword in Industry. The prospect of connecting billions of devices promises to transform human and busi­ness behavior and will have major impact on hu­man machine interface. Rightly so the Internet of Things (IoT) is being labelled as the next Industrial Revolution by creating a world of connected machines.

Essentially, major components of IoT consist of sen­sors, IoT devices to take input from sensors and relay the data in encrypted format back to the gateway server for de-encryption and conversion into readable format. Analytics is then used to create meaningful dashboards giving deep insights into the data collected to predict product behaviour thereby helping businesses to create strategies to enhance customer experience.

Today, a whole lot of startups and established indus­try players are offering sensors and prebuilt IoT devic­es with established use cases. Major cloud players like Microsoft Azure and Amazon are offering IoT ready backend platforms as a service. With the expansion of telecom and launch of 2G/3G/4G services, connectivity has considerably improved leading to faster adoption of IoT platforms. This fast-developing ecosystem is helping businesses to create new and more efficient use cases of IoT for benefiting large sections of human society.

One of the key elements of IoT platform is the Big data analytics. This layer, in fact brings all the intelli­gence to IoT enabled platforms and helps create mean­ingful use cases of IoT technology. The possible use cases are almost limitless and restricted by the limits of our own creative intellect.

While adopting IoT, care must be taken for ensuring high level of data security. The basic thought of imagin­ing billions of connected devices having the potential of getting hacked creates ripples of fear in the mind. A lot of work has happened in securing these devices and the associated data but a lot more needs to be done.

The important thing about IoT is that it’s technology and ecosystem is fast maturing and creating very in­novative disruptions. With the de­crease in cost of sensors, IoT box and expansion of connectivity, IoT is no longer a fanciful IT term but a hard reality whose use cases and adoption is increasing by the day.

The most important element of IoT is that it is not restricted to any specific industry or to a set of appli­cations but its multi-faceted use cas­es are impacting the entire society in different ways.

Some of the major use cases of IoT can be seen in Manufacturing and Automotive industry. IoT is enabling predictive maintenance of plant machinery. The new genera­tion machines come embedded with sensors which continuously relay the machine parameters for detecting any emerging defect. The analysis of this data helps in predicting machine failures and pin-point the potential reasons of it. Based on such analy­sis, pre-emptive steps can be taken to prevent the failure and machine downtime. The ecosystem is now matured to the point that sensors can be embedded even in old ma­chines and their data monitored for determining machine performance.

One of the most visible imple­mentations of IoT can be seen in the automotive industry. IoT was initial­ly available only in Luxury cars but of late even small and midsized cars are enabled with IoT. This makes the driver aware, in real-time, of the var­ious car parameters like engine state, battery, transmission, etc. We often hear about driverless cars which are made possible only through the ad­vanced implementation of IoT.

In matured markets, insurance companies have started the practice of charging car insurance premiums based on driver’s driving habits. The use case of IoT in automobiles has been successfully integrated with emergency services like hospitals, police and ambulance which auto­matically arrive in case of any acci­dent. This helps in saving precious human lives.

Food security is a major chal­lenge for human race. With the ever-increasing population, food produc­tion is coming under pressure. IoT is now being extensively used in Agriculture right from cultivating the land to analyzing soil condition, running tractors and implementing to harvesting the farm produce. IoT has made these operations highly automated and efficient and reduced the need for large workforce leading to better realization for the farmer.

Going forward, major use of IoT will emerge in healthcare. As tech­nology evolves we will have health implements which when embedded into human body will relay the im­portant parameters to health moni­toring agencies thereby increasing ability to prevent the onset of dis­eases and enhance the life span of humans.

The world of IoT is just begin­ning to take shape. It is going to be a very interesting journey and will integrate man and machine more closely together. The possibilities are infinite and it is up to us how we leverage it.

There is no denying the fact that Internet of Things will have a transformative effect in the way we live our lives. We should be pre­pared to manage the change as it is unavoidable.

IT services
Appraising Cloud and its Service Delivery Models

IT services
SAP Business One Guide_V2